The establishment of Institut Penyelidikan Pendidikan Tinggi Negara (IPPTN) or the National Higher Education Research Institute was proposed by Majlis Pendidikan Tinggi Negara (MPTN), which was established under the National Council on Higher Education Act 1996 (Act 546) to undertake the functions of planning, formulating, and determining national policies and strategies, as well as coordinating, promoting, and facilitating the development of higher education in Malaysia. Recognising the importance of research to support these functions, MPTN proposed that IPPTN to be officially launched under the auspices of Universiti Sains Malaysia (USM) with the mandate to strengthen and widen research efforts on higher education policies. Since its official launch on 21 August 1997, IPPTN has been led by a Director appointed from among USM academics, with Associate Research Fellows appointed from various universities in Malaysia.

IPPTN’s mission is to carry out high quality and forward-looking policy research in higher education for the development and advancement of national higher education towards excellence in the global context based on the motto: Peneraju Penyelidikan Dasar Dalam Pendidikan Tinggi.

To be an internationally recognised and referred hub for higher education research and policies in the Global South.

Advocate empirical-based research and policies for the development of quality and sustainable higher education. 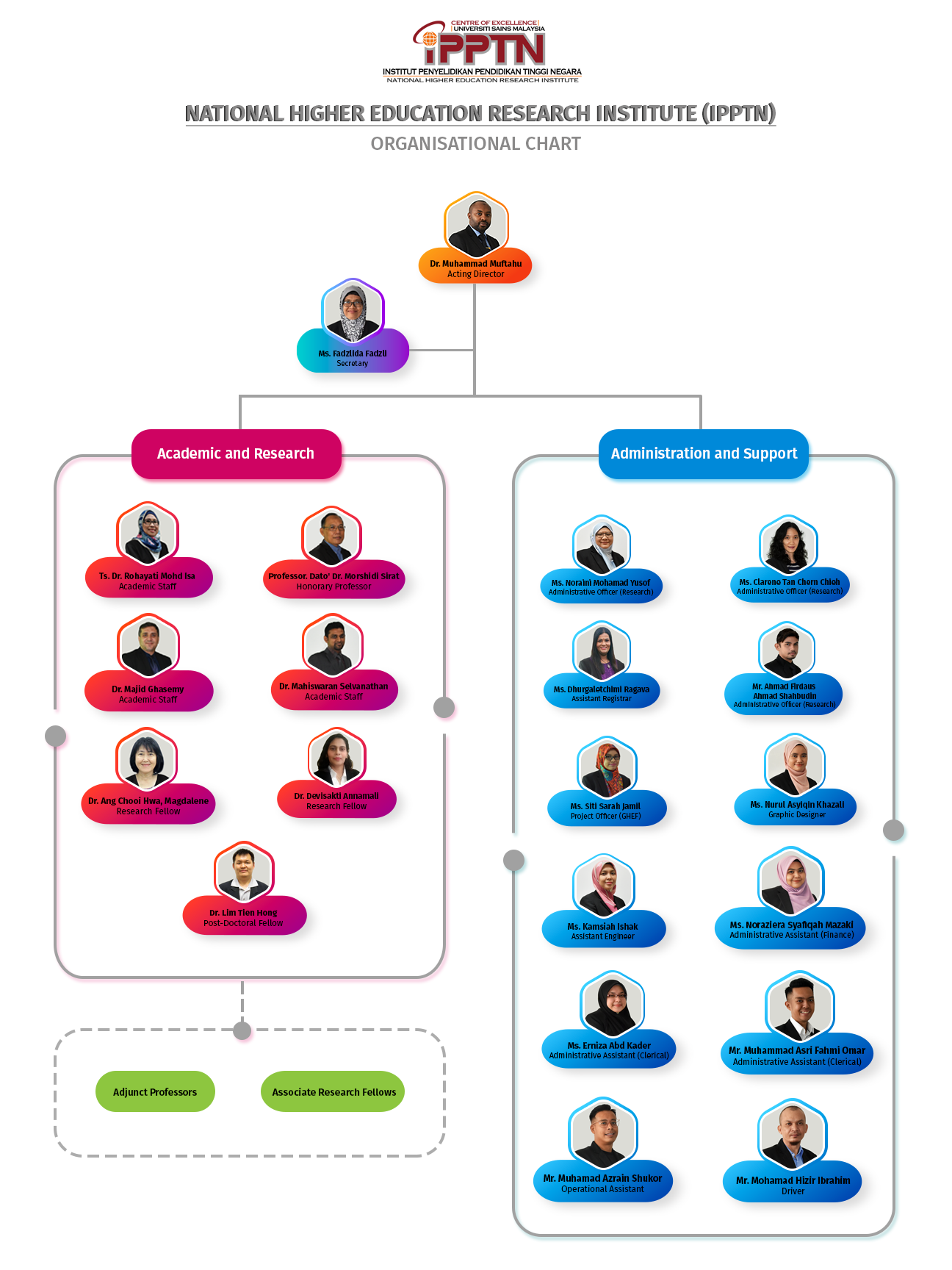